What is Audius Enhanced?

Audius Enhanced is a set of tools for the Audius Platform with the goal of providing the tools you need to attain an edge as an artist or improve your listening experience as a fan.
Feb 8, 2022
8 min
Project
8/17/2021

Audius claims to be a decentralized music-streaming platform that uses cryptocurrency in order to power its platform. While Audius is still in its creation (and awaiting user-adoption) it lacks FEATURES which may or may not be implemented into the base GUI (but are requested by users). Audius proclaims itself a competitor of SoundCloud and Spotify (music platform). As a result, many users request features from each platform.

The Goal of Audius Enhanced

Audius Enhanced is a set of tools for the Audius Platform with the goal of providing the tools you need to attain an edge as an artist or improve your listening experience as a fan.

What is the Audius Enhanced Trending Calculator?

Audius uses an algorithm — which is simply a calculation — to rank tracks over weekly, monthly, and all-time periods. The Audius Enhanced Trending Calculator allows you to view the (karma) scores for your tracks that influence its trending-rank. You can read the following document for more information: The Audius Algorithm Explained.

What is Audius Enhanced Metrics?

The project uses a client-server architecture model in order to maintain a Frontend Javascript Client(s) that would interact with a PostgreSQL Database (server) via a NodeJS API (server). A personal server is also used in order to test changes prior to pushing to a Continuous Integration/Continuous Deployment Process (CI/CD) via Github Actions using Docker.

In order to create the backend, four modules were completed. The external module deals with external data calls such as the Audius API a JavaScript wrapper was created for. The use of a blockchain (by Audius) makes their API rather awkward to use (and more complicated to scale). However, we were able to solve the majority of these issues using a proprietary HostManager which allows us to handle more than 15M requests per month.

The core (calculator, metrics) and database modules were developed to handle the scale we would need to qualify for AUDIO Rewards. This was accomplished by using eventual consistency with respect to aggregate data (total streams, total favorites, etc) to retrieve all necessary data required for calculation and metrics of a users’ future requests over 5 minutes every 24 hours. SQL-batching is used to optimize this process resulting in faster-load times for user-requests within that 24-hour period; with the exception of Karma which requires real-time variables.

This may seem rather complicated but a simple example is provided:

The frontend client utilizes NextJS to provide server-side rendering using React. ChartJS is used in order to display graphs. Fastify is used to bridge authorized frontend clients to backend services using a secure key. A custom cache is implemented using the server for the purpose of simplicity along with meeting the deadline for funding.

The project initially began on March 25th, 2021 between 3 members (SwitchUpCB, Subrift, Tobro) with the goal of providing an Audius Messaging Platform. However, we realized that this would require heavy integration with the main Audius Team to be effective; along with its main functionality failing to qualify AUDIO REWARDS funding requirements (due to the way a messaging system works). Instead of taking the gamble to monetize over the long-term (a functionality Audius has yet to implement), the idea for Audius Enhanced was pursued.

Meetings were held bi-weekly until April; with the project being worked on by SwitchUpCB (backend) and Subrift (frontend) until June 3rd. On June 9th, Tobro agreed to be removed due to a lack of time (and contribution) on the project. On June 17th, we added Daniel to the project. By this point, the backend technology stack was selected with the external and core modules for the calculator being complete. However, the Frontend was developing slowly with only a wireframe. Daniel was able to accelerate this process significantly so on June 23rd, Subrift opted to step down from a compensatory-role in order to learn more.

We’d continue to work up until June 30th, where the Audius Trending Calculator was released in order to meet the Audius Grant Committee deadline. Luckily, this only required one rather stressful call involving a business argument over the UI; which was solved. The result was a website accessible by any Audius user. The project didn’t qualify for AUDIO Developer Rewards until a month later; and we had to hound an Audius cofounder for a month to receive it. As a result, we did not work on the project — which experienced no issues — until July 22nd.

On August 1st, we resumed work on the project with the goal of adding the Audius Metrics that we promised in our Audius Grant Application (on the condition that it was accepted). Unfortunately, we ran into an issue with the current Audio Grant Committee at the time which was eventually solved after 44 days (on August 13th). As a result, the Audius Metrics Alpha was released on August 17th. I do not have images from this period because we planned to update the metrics platform over the following weeks (once Audius officially approved us).

Audius lacks sufficient metrics functionality compared to their competitors (Spotify, Soundcloud, Apple Music). A metrics feature that is equivalent to or better than Spotify for Artists is beneficial to artists and establishes legitimacy to the platform. These features are necessary for long-term growth and Audius saves resources by not requiring development time on them. Unfortunately, Audius does not care.

The reason that Audius opts to use client-side calls is because they collect IP data for each call; having applications run them client-side allows them to juice up their monthly user statistics; hence the “incentivization” to maintain a high number of calls. We disliked this decision for many reasons and decided to pause the project:

Using $170 in expenses, provided product credits, and personal labor gained us $7,240 after fees (split among contributors). To put this in perspective, the Audius Team will vest 400M tokens over 3 years while failing to implement 6 of 6 promises in their whitepaper. In this context, we were underpaid for the labor that we did; in addition to the failure by the Audius Team to uphold their promise of monthly rewards.

We stopped maintaining Audius Enhanced because there is no incentive to work on it; let alone improve it. The Javascript Wrapper for Audius is a product of Audius Enhanced which we've proposed to share with the world; to give other developers an easier time developing scalable Audius Applications. That application wasn't accepted by the Audius Grant Committee because:

The State of Audius

An important takeaway from this project is the importance of marketing. Most academic competitions require you to actually provide what you market. In reality, many people buy into a product without that product being provided. In this case, that product seems to be the one Audius is promising. A number of documents have been created assessing the state of Audius over time: An Analysis on the Decentralized Blockchain Music Platform Audius aggregates these and showcases how Audius does not benefit its users, creators, or external developers.

My experience with Audius has been a dishonest one. A platform focused on artist ownership ironically provides no way for an artist to gain ownership beyond purchase: Artists will never “own the platform” due to Tokenomics. Unlike Audius' competitors, artists are not paid; copyright is not upheld. There is no incentive for an artist to use Audius, which ruins its user experience. In addition, its music discovery tools are not dynamic.

Audius is solely speculative — perhaps a scam — until monetization occurs. Audius rejects requests for a roadmap despite the feature being promised for over 2 years. The TikTok "deal" has been a feature many distributors have had for a while. A decentralized distributor would be beneficial, but it requires a solution to the Blockchain Oracle Problem that Audius has yet to solve. This opens the platform (or more so its operators) to legal liabilities since the platform operates under U.S law.

The other aspect of Audius' failure is how it handles its community. Channels are heavily moderated and any criticism is removed; contrary to a platform built on decentralization. Decisions are made based on a few people (who seem more concerned about themselves). Audius doesn't embrace external applications; cemented by breaking their promises of rewards. This ruins the infrastructure Audius needs to grow as a platform.

Certain users may claim the Audius Grant Committee to be a method of earning ownership. However, Audius has claimed to be unaffiliated with its Grant Committee (despite its affiliation at creation). The grant system itself is a marketing effort focused on distribution to many people rather than direct value. As a result, the program incentivizes low effort events that will only impact Audius in the short term (if at all). Grants don't operate conditionally so there is no incentive to do more; if you even get accepted for work you've already done.

The Audius Grant Committee Exposed document explains many issues with the committee’s founding. While many of these issues have been fixed, the committee still remains under moderation by many of the existing members who fail to hit distribution targets (while being paid). When it's time for re-election, new rules are proposed to limit who can apply, and the amount of time — often a week — one has to apply. In addition, voters are only given a few days to vote for a 3-month appointment.

Audius needs people like us to support their platform because we are invested in what we do. Unfortunately, we've been driven to critique it to no end. I can not put any more effort into the ecosystem until Audius fixes its issues. 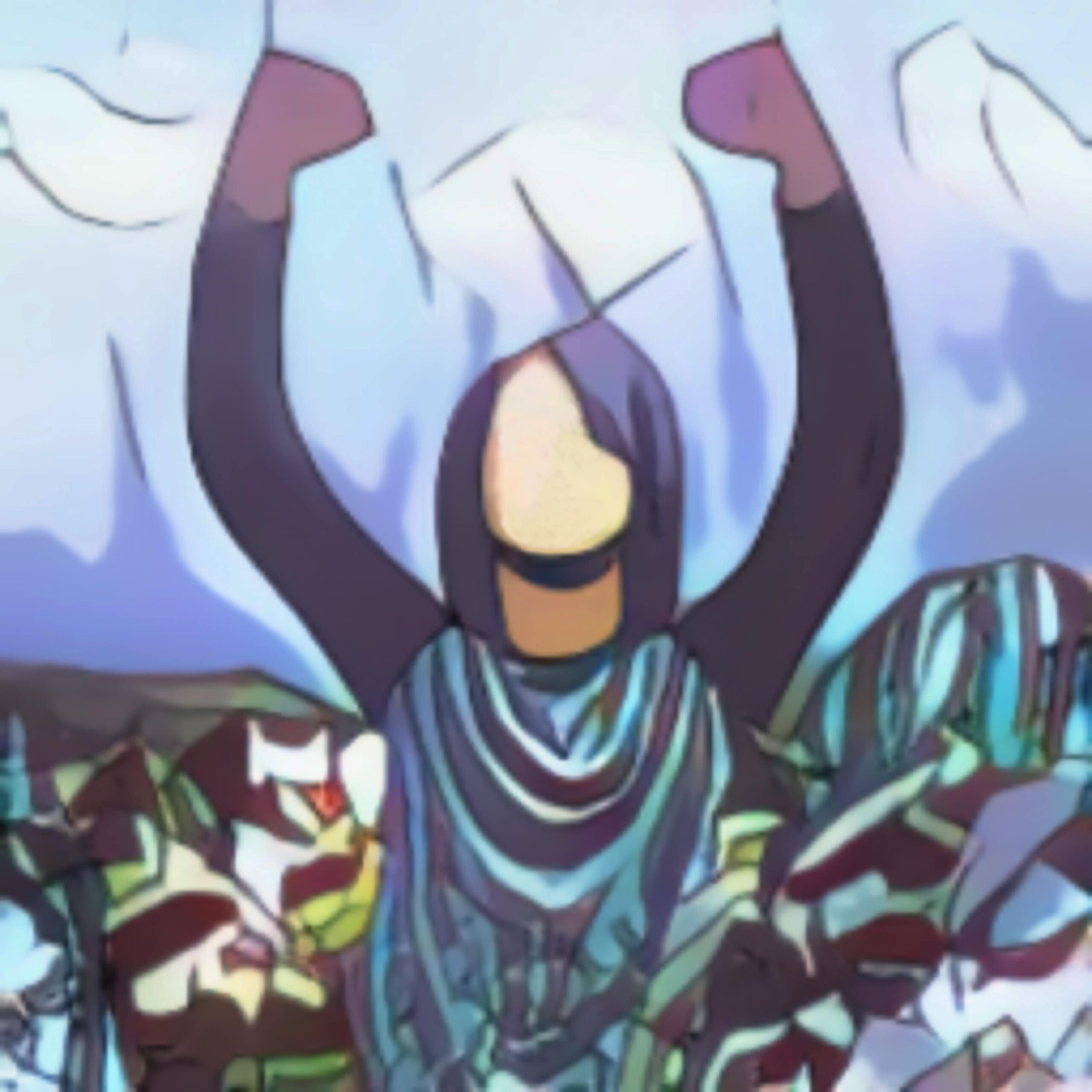 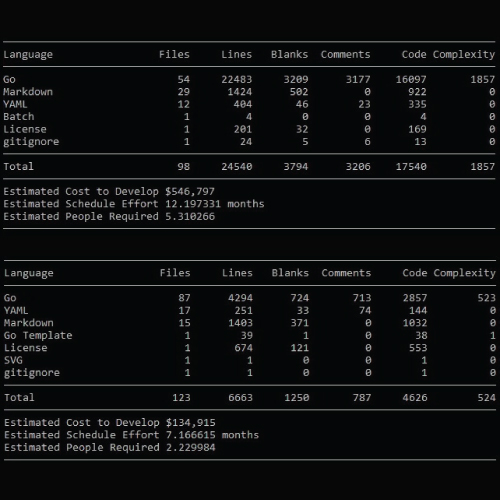