Aphantasia describes the inability to experience certain senses in your mind. A common example being the inability to visualize imagery (in your head). When a non-aphant is told to imagine a dog, they are able to see a visual image of a dog: It will have a breed, color, size, and any other traits a physical dog has. A person with aphantasia won't see anything, even with their eyes closed.

I am a “full aphant”. I cannot see pictures, hear sounds, smell foods, or anything of that nature in my head. The world I live in is conceptualized through abstraction: When I “visualize” a dog, I recognize what a dog is; without any specific properties. If you ask me to describe the dog, I will describe the properties a dog has. As this dog isn’t an actual image, it may or may not have certain properties non-aphants already know (such as a name or color); unless that property is needed. Do note that other aphants may default to different properties since thinking patterns aren’t universal.

My memory can contain order but not direction or depth. If I were to create a mental palace, there wouldn't be any degree of turning. Top chess players are described as being able to recreate the board state with the best player having photogenic memory. The equivalent visualization — of the board state — for an aphant is simply memorizing the lines used to get there (i.e literally "e4 e5 Ke2") or the literal order of pieces on the grid.

I can't visualize faces or scenery and the daydreaming I do is abstract: It's a dream (which aphants can experience normally) without the visual. The experience isn't cinematic. A non-aphant may daydream about a beach to relax, but if I "daydream" about a beach there is no visual. Instead, I will "daydream" about relaxing (perhaps on a beach). The purpose of the daydream goes beyond the physical scene.

When I create art, it follows an objective approach. A common belief is that aphants have little to no imagination. I wouldn't say this is true; rather we must determine how to make the imagination reality. Aphant or not, it takes skill to create art. Non-aphants aren't "better" artists or musicians, but they may have an edge when it comes to the experimentation process: An idea that is better off in your head stays there.

I can't hear any voices. I CAN maintain a thought process. If you can play a song in your head, I can too. However, I will need to make the sounds in real life to hear it. With that being said, the sound I think about may not be the sound that I create in real life. In this regard, it's easier to think while talking out loud which is why I have an issue with loud environments.

Watching food-related videos such as mukbang is a waste of time for me. I won't be able to taste or smell anything in the video unless I create the dish the video is about. Cooking guides are helpful, but any other "food" video serves no benefit beyond the reaction of the person in the video.

The Superpower It Isn’t

Aphantasia may allow me to maintain benefits in certain areas, but I can't tell you which because I can't experience the world without aphantasia. However, I can describe common misunderstandings non-aphants have when they discover aphantasia.

I maintain a high level of focus... Sort of. There is this idea that only being able to see what's reality results in a more "in the moment" experience. However, living in the moment has less to do with experiencing reality and more to do with how often you think. I struggle to live in the moment because most of its experiences remain irrelevant. I don't recall them (but I do remember them). I'm great at focusing — sometimes to the detriment of my health — because I'm committed to my thoughts; not because of aphantasia.

There are many common phrases or concepts I could not understand until I realized what aphantasia was.

I thought this meant focus (on sleeping). It never occurred to me that you could mesmerize yourself to sleep by watching sheep jump over a fence.

The method of loci is also known as the memory journey, memory palace, or mind palace technique which involves using a visualization of a physical space (i.e your house) in order to memorize information. This relies on visualization skills in order to assign information to visualized objects. I obviously can't do this the way it's intended to be done.

Any form of imagination is “conceptualization” for me. In this regard, "closing your eyes" is meant to enhance your focus, instead of allowing you to see an image better.

I can't add or remove any objects to my vision. I can't see anything I'm not already seeing. Apparently, others can: Let it be known I have a MASSIVE...

Aphantasia isn't really a disorder. You're not set back in the way that disorders set people back. However, common misunderstandings can create situations that limit your communication with a non-aphant. Bringing awareness to aphantasia is important: There are definitely moments where a disconnect in the way the brain works affects the ability to educate.

A person devoid of emotion (alexithymia) describes their situation as "the neutral feeling people have when they wake up". However, non-alexithymians will realize that this is subtly incorrect. The phrase "waking up on the wrong side of the bed" comes to mind. If you were to teach this person using a lesson plan based on emotions (where information is enforced by happiness and sadness), a person with alexithymia would still retain the information, but their takeaway would be slightly incorrect.

For example, it was common for my music teachers to use visualization to describe how my body should react while playing an instrument. If I was told to "imagine a beach", they wanted me to relax more or experience that visual as I played; while I would conceptualize properties the visual (i.e beach) had. This explanation is subtly incorrect, and so was my takeaway. I was unable to spend enough time learning on my own terms to fix it and it showed in my performance.

In my education, I struggled the most with concepts that relied on visualization. English assignments would advise you to use "imagery", but it's hard to remember every property that makes up a scene; let alone one I've never experienced. I've created unreleased songs that use my interpretation of imagery, but non-aphants describe them as weird. This "weird" disconnect in my writing assignments involving imagery affected my grades in English class.

On the contrary, programming is easier for me. Modern software development is less reliant on math (that a computer scientist uses) and more reliant on problem solving through abstraction. Object Oriented Programming is basically the model that I process information with, which makes its implementation straightforward.

I'm not that crazy. 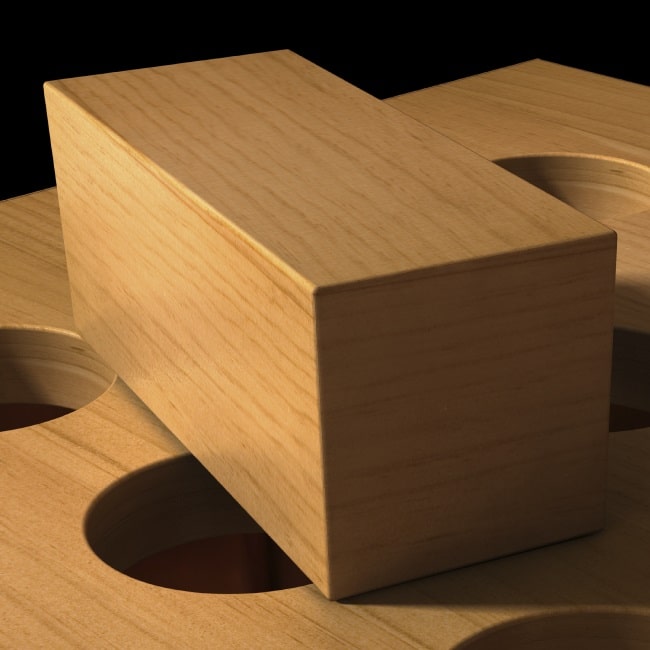